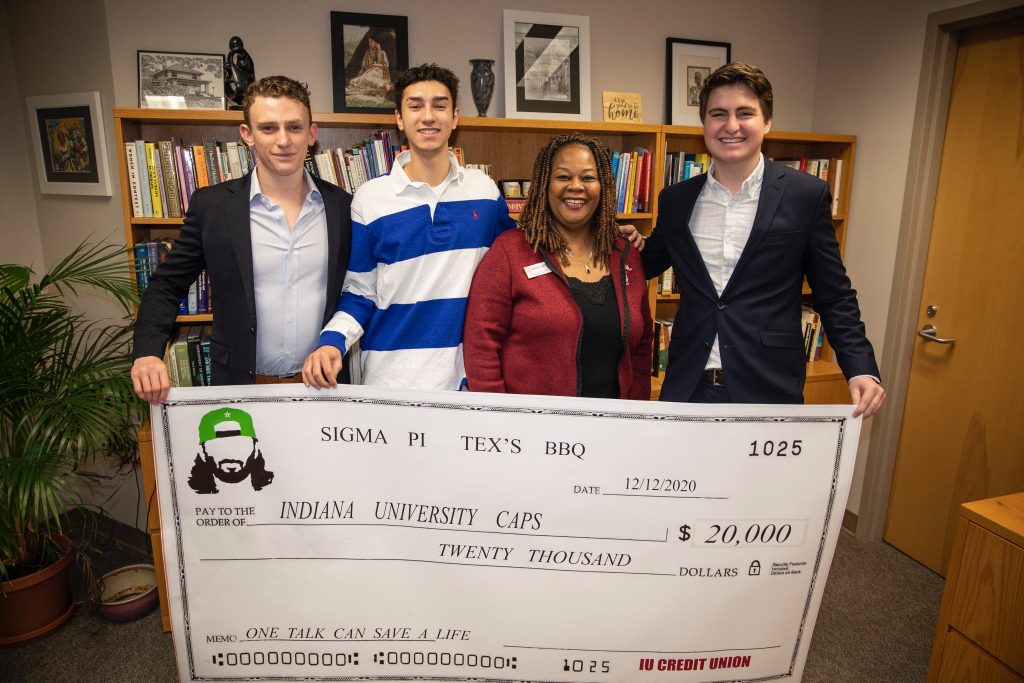 Beta Chapter at Indiana University, raised $20,000 in honor of one of their brothers, Nic ‘Tex’ Smith, who lost his life to suicide. Since the loss of Smith in January 2017, Beta Chapter has hosted a barbeque called Tex’s BBQ each semester to raise money and bring awareness to mental health.

The goals of Tex’s BBQ are:

With the $20,000 raised from the event, Beta Chapter was able to donate $13,000 to the counseling service on campus, IU CAPS (Counseling and Psychological Services), and $7,000 to IU SACS (Sexual Assault Crisis Service).

Smith was called ‘Tex’ by his friends because he was from Dallas, Texas. His brothers described Smith as “loud, energetic, and the kindest guy you’ll ever meet.”