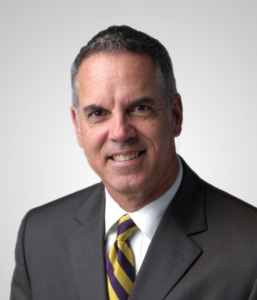 Sigma Pi Fraternity is pleased to announce that PGS Larry Rovira (Cal State Fullerton ’80) has been appointed to the Grand Council for the remainder of the 2020-2022 biennium, effective immediately.

PGS Rovira steps into the role of Past Grand Sage, replacing PGS Steve Lawler (Iowa ’78). PGS Lawler recently resigned his role on the Grand Council for personal reasons. PGS Rovira was appointed in accordance with Article V of the Fraternity’s Constitution. We thank PGS Lawler for his time, dedication, and efforts while serving on the board since 2014.

About PGS Larry Rovira (Cal State Fullerton ’80) –  PGS Rovira returns to the Grand Council after previously serving for ten years from 2000 to 2010, where he held each position on the board with the exception of Grand Herald. He has more than 40 years of dedication, passion, and experience within Sigma Pi, and established relationships with many chapters around the country. He currently holds the role of senior national account manager for Green Flash Brewing Company in San Diego, California.