Year-End Message from the Grand Council 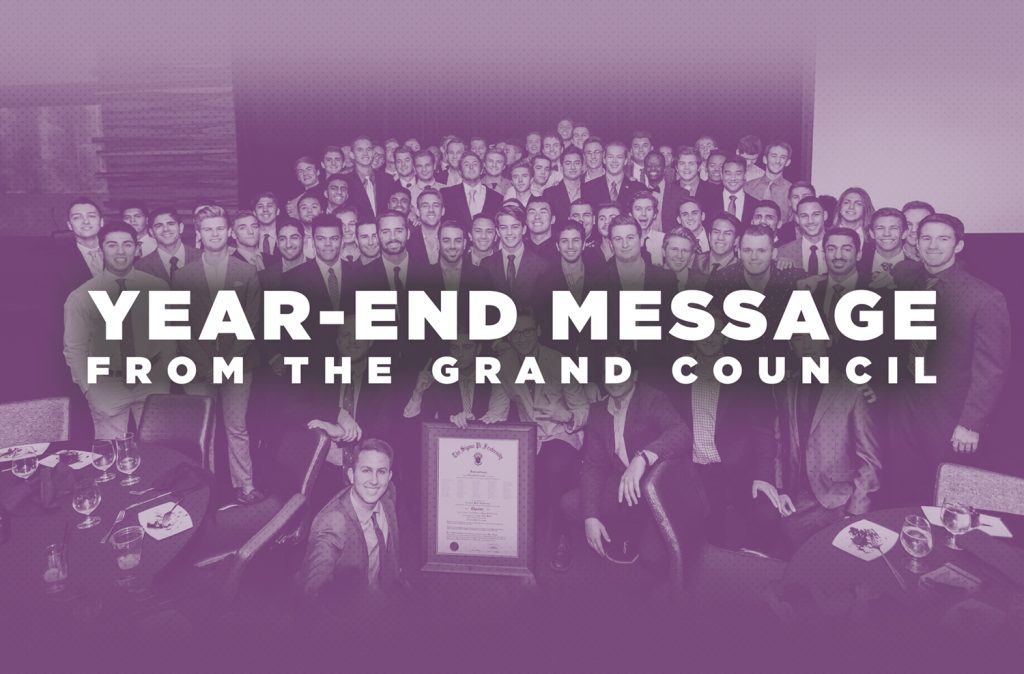 As 2016 comes to a close, the Grand Council would like to take a few moments to look back on the past year as well as look forward to the year ahead of us.  The Grand Council and Executive Office staff have been busy this year working in service to our undergraduates and alumni across North America.  Here are some highlights from the past twelve months:

In addition, while we reflect on our brotherhood and the bonds that make us strong, we should remember that Sigma Pi Fraternity includes members from different economic backgrounds, ethnicities, religions, and other distinctions.  However, the values embedded in our Creed are universal and bring us all together as kindred minds united in brotherhood.  During the coming year, let us remember to do our best to live by the values in the Creed in our daily lives.