An Update from the CEO: Jonathan Frost 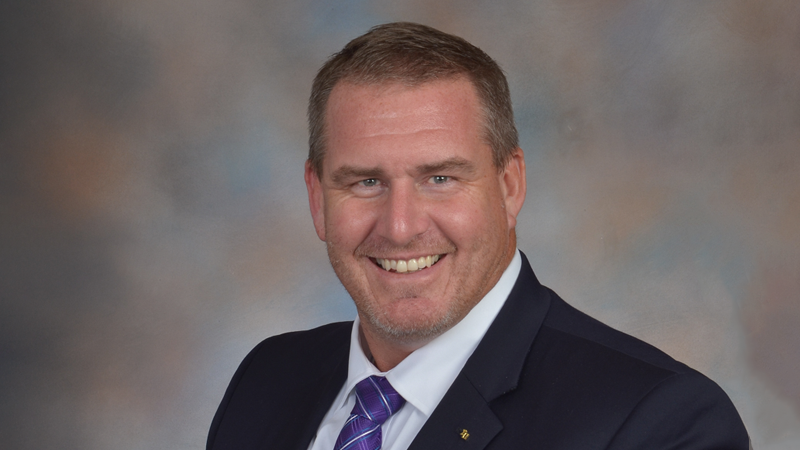 Due to COVID-19 and schools not having on campus classes, Sigma Pi anticipates a budget shortfall of approximately $200-230,000 due to not having spring initiates (we also have had to postpone four colonies from chartering that were planned for April and May). We are working to have the chapters register these men and have them pay now, knowing they can go through the Golden Quest ceremony when they are allowed to have more than 10 people in gatherings. Large and extremely delicate feat, considering many undergraduates work in restaurants, bars and retail, all of which have been severely impacted by COVID-19. Not to mention that many chapters are struggling with their own collections for their other chapter related bills.

Sigma Pi does have chapters with outstanding balances, and we are working to have chapters pay those bills, while again, being cognizant that people have lost jobs, so it is a delicate conversation. So to better educate everyone with the reality, here is where Sigma Pi stands currently from a financial position, and what I am trying to navigate in order to ensure Sigma Pi does not close due to this pandemic:

This is all the cash on hand Sigma Pi has. It is still not where we want it to be, but it is far better than Fall 2015, when the Grand Council received a memo from the then director of finance informing them they had $43,820 in operating cash and $2,030 in insurance, and was requesting moving $40,000 from the long term reserves to pay bills. In addition, if you read our audits, there is approximately an additional $300-350,000 invested with the insurance co-op we are a part of. 60%+/- of that is a retainer that is used to help pay legal costs for investigations. We have to also replenish that twice a year, from our insurance fund, as it is drawn down to cover those legal costs. We also cannot pull these funds without leaving the co-op which would mean finding another insurance provider, of which there are only two in the fraternal marketplace.

Now to provide additional non-cash related issues:
I have had calls with many people over the last few weeks. Some of those calls are from smaller chapters and their alumni, who are concerned they will not survive this pandemic if classes do not resume. Some have been from Housing Corporations who are dealing with their own potential legal and financial issues of lawsuits with the chapter, its members or even parents as they either are struggling to pay their leases, or members want to leave. However, if they are a private property on private land, non university owned land, they would risk losing thousands of dollars if they voluntarily let the men break their lease. I had to tell one Housing Corporation President, unless the university is calling every apartment and landlord in the city and forcing them to kick people out of their homes, they cannot do that with you either. Either way, I have had to advise them to call their insurance company and see if they would be covered under their Loss of Business Income/Expense parameters.

Like our peers, I have had to build out a worst case scenario, to the best extent possible. This is based on various calls and webinars I have been on in which campuses do not know if they will resume in person classes this fall. That scenario calls for a 20% decline in undergraduate membership and 20% decline in recruitment next year. This equates to approximately $275,000 in budget reduction. I have identified $175,000 worth of potential cuts, which includes but is not limited to, not replacing staff that was already planning on leaving to focus on other career aspirations or graduate school. That would still leave Sigma Pi with $100,000 to potentially cut. To give an idea of what that means, Sigma Pi operates on a lean budget, so the areas that would be left to potentially cut are MYLC and staff. Bear in mind, Sigma Pi subsidizes $45-55,000 annually for MYLC even with increased registration cost, or half of that remaining $100,000 that still would need to be cut.

As you can see, the priority right now is ensuring the survival of Sigma Pi. Thankfully, our leaders did approve to sell the building as it provides additional cash, if we need it. That cash was going to be put into a restricted account for other purposes, possibly even a new building after our lease expires on our office space, but right now, that decision is on hold until we learn more about the long term impact of this virus, the economy, and our chapters. Also important to note, if Sigma Pi does need to utilize the Long Term Reserves or the Net Proceeds, we would still need to replenish those funds to get them back to current levels.

If you want to be a part of the solution, here are some thoughts:

In order to provide consultation support, my staff has shifted priorities and split up our chapters amongst nine team members to help with answering questions and advising. But we also need the alumni, more than ever, to step up and support your chapter, or a chapter in your area.

Now is the time for Sigma Pi to come together and do what each of us can do to ensure our future. We have already seen one university is closing its doors after 174 years, I fear there will be more. I also fear we may see some smaller fraternities potentially close their doors as they do not have a healthy cash position. Right now, we are managing the survival of the fraternity and trying to provide information and resources to chapters with the limited cash resources available to Sigma Pi.

“Choose always the way that seems best, however rough it may be. Custom will soon render it easy and agreeable.” – Pythagoras.

Thank you for your time and I hope this provides you insight into the current situation that Sigma Pi finds itself in.  May you and your families remain safe and healthy during this time.