The Rush of Jumping 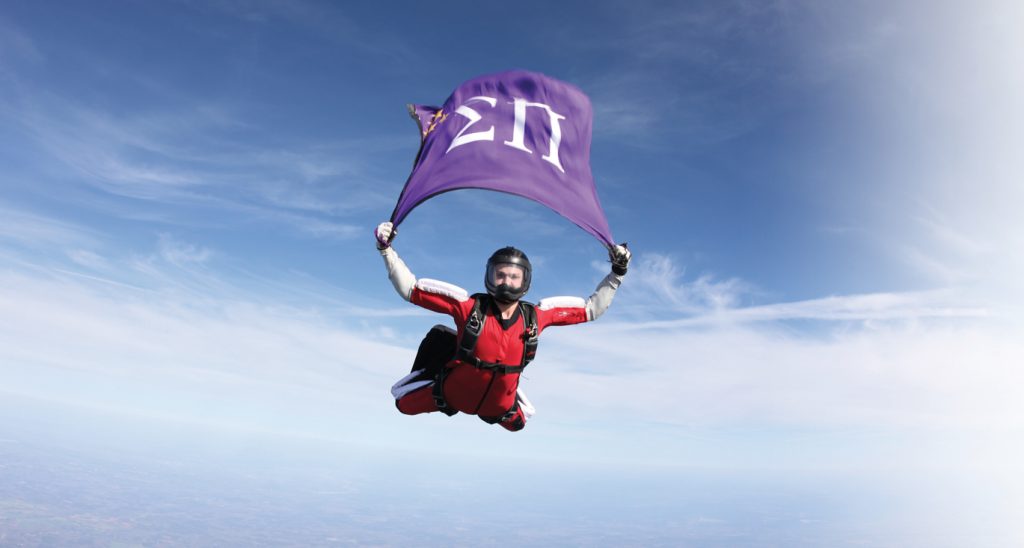 I began skydiving after I graduated high school in the summer of 2009. I wanted at least one memorable story before I started college, and going skydiving seemed like it would do just the trick. I was given two options for my first jump: go attached to an instructor or take a ground course and jump with my own parachute. Naturally, the second option appealed to me more, and that jump became the first step in my path to becoming a certified skydiver.

It was a rush. That first jump was everything I had thought it would be and more. Right away, I knew that one jump wasn’t going to be enough, I needed more. Using money that I received as high school graduation gifts, I finished the seven jumps required to be a solo skydiver that summer, and in August, I headed off to begin school at Georgia Tech. I learned that Georgia Tech had a well-known skydiving club, so of course I was quick to join. The skydiving club wasn’t the only group that I joined my first year in school; in my first week I met the brothers of the Sigma Pi colony at Georgia Tech, and after a week of rush activities, I accepted their invitation to join and became a founding father of the Iota-Mu chapter.

I continued skydiving on and off throughout my freshman and sophomore years at Georgia Tech, but ultimately spent a lot of my time with schoolwork and fraternity activities. I took on many positions in the Iota-Mu chapter over several years: technology chairman, scholarship chairman, IFC representative, and Fourth Counselor in which position I spent almost three years. At the end of my sophomore year, I realized that it had been almost six months since my last jump, and I felt it was time for me to return to the sport. My involvement in school and Sigma Pi left me little free time, but I decided I was going to strike a more fine-tuned balance that would enable me to continue doing the activity that gave me such a thrill.

I started jumping regularly with the Georgia Tech Sport Parachute Club beginning in August of 2011. As I spent more and more weekends at Skydive Atlanta in Thomaston, GA, I found myself becoming a better skydiver, and I soon declared my intent to compete for the Georgia Tech club team. With my training schedule established, I found myself busier than ever before. Between school, skydiving, and Sigma Pi, I was grateful for the time spent in the fraternity that enabled me to strike such a delicate balance of time.

After months of jumping at our dropzone and training at the wind-tunnel in Orlando, FL, I made my first appearance at competition. My team partner and I were very nervous, but were able to end up bringing home the gold medal in the two-way formation skydiving category. I was so excited! I let everyone know right away that all of the hard work had paid off, and my friends, family, and fraternity brothers were quick to send congratulations my way. After returning home, I decided that I was going to start training for next year’s competition, but I would be competing in the four-way competition.

2012 became a whirlwind of excitement in my skydiving career. I passed the 300 jump mark, I made my first wingsuit jump, and I returned to Arizona for my second competition. This time, we narrowly edged out teams from the University of Connecticut and the United States Air Force Academy to bring home gold in the four-way formation skydiving competition. Once again, I was overjoyed. Skydiving had become such a big part of my life over the past year and a half, and I had nothing but more skydiving to look forward to.

In the spring of 2013, I was elected president of the Georgia Tech Sport Parachute Club, and thanks to the leadership positions I held in Sigma Pi, I was able to undertake the position’s responsibilities with relative ease. I continue to progress in the skydiving world, and I am about to begin pursuit of my instructor certification. I am sure skydiving will remain a part of my life in the future, as will Sigma Pi, and all the lessons that I have learned from being a part of both.