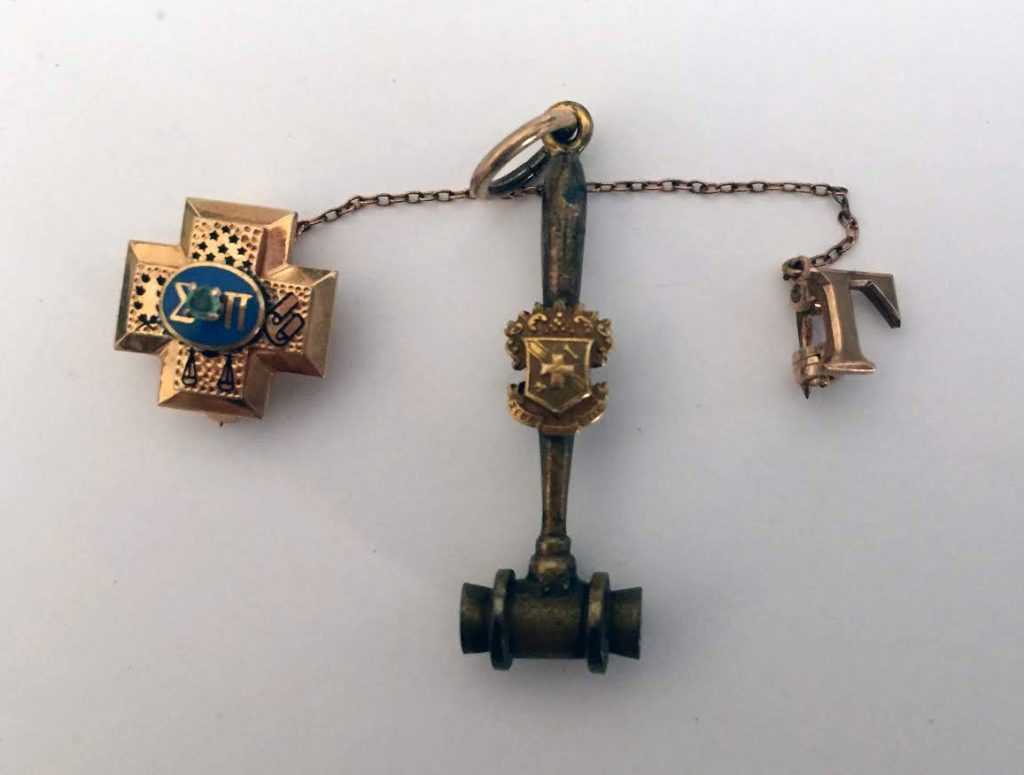 [dropcap]A[/dropcap]s members of Sigma Pi, we hope that what we do as an organization (and the work of our chapters) has a positive effect on the lives of our members.  I have had the opportunity a couple of times over the 20-something (and counting) years that I’ve been an alumnus to see directly, and be told by undergraduates, just how they have been changed by their membership in our fraternity.

One of the things I get to do as Director of Alumni Services is receive notices from friends and family when a brother dies.  Over the last month or so, I have received several notices.  Two of them stick out that I would like to share on this blog.

The first was a letter from Suzanne Pierce.  She wrote to notify us that her father, Norman O. Pierce (Gamma, Ohio State ’41) passed away on September 8, 2014.  Suzanne wrote, “It was his love and loyalty to his fraternity that influenced all three of his daughters to join sororities at Ohio State.”  With her letter, Suzanne enclosed a donation to the Sigma Pi Educational Foundation in memory of her father, along with sending us her father’s badge.  She wanted to be sure that it found its way back to Sigma Pi.

The other letter I received contains the story of another member of Sigma Pi, and how the fraternity had a positive impact on his and other lives.  This letter came from Christina Poff.  She is the daughter of Alfred L. Poff (Beta-Omega, Lock Haven ’66).  Christina wrote me recently to let us know about the passing of her father.

Christina wrote, “Alfred L. Poff was a very proud Sigma Pi Fraternity brother for over fifty years.  My father was initiated into Beta-Omega Chapter on May 8, 1964.  After graduation from college, he married my mother and become a middle school / high school teacher, instructing science and biology.  He also held a secondary job of Health Officer for three different boroughs for many years.  He was very active in his family life, his career, his church, and his community.  He was a highly respected man in all facets of his life.  His favored role was that of a husband and father.

“Often while (I was) growing up, my father would share his memories of his college days, nothing these were some of the happiest years of his life.  A large part of that happiness was found in the brotherhood of Sigma Pi.  As a curious teenager, I asked my father many questions about Sigma Pi.  However, you may be pleased to know he never gave up any ‘secrets.’  And if there were any, he took them to his grave!

“After my father’s death, I realize just how much of an impact Sigma Pi had on (him).  Quite simply, Sigma Pi taught him how to be a ‘man.’  Growing up, my father didn’t have any male role models, as his father had died when my father was a child.  He was raised primarily by his mother and grandmother.  His only sibling was a younger sister.

“Just like a pebble thrown into a pond, the water ripples reach far beyond the spot where it was thrown.  Through the experiences and life lessons my father endured, it is evident that his morals, values, principles, and beliefs reached far beyond him.  It has rippled through his children, his former students, and the countless people he interacted with throughout his lifetime.

“One former student worked at the hospital where my father was in intensive care.  He explained to my father how he had impacted his life, stating that he now works as a respiratory therapist.  Later, my father informed me that this student had been involved with drugs and gang activities.  My father, as his teacher, had reached out to him at a critical point, spent time talking with him, and guided him along a positive path.

“We will never know how many people Alfred L. Poff had a positive impact on.  However, we do know that Sigma Pi Fraternity had a tremendous impact on molding his character.”

What impact has your Sigma Pi lifetime membership had on your life?  How has your Sigma Pi experience touched others?  Please share your stories with us by emailing me at: jbeck@sigmapi.org.  Your story could be featured here.