Waiting on a Heart: Paul’s Story

Written By: The Emerald
Donate Life From our Partners Featured 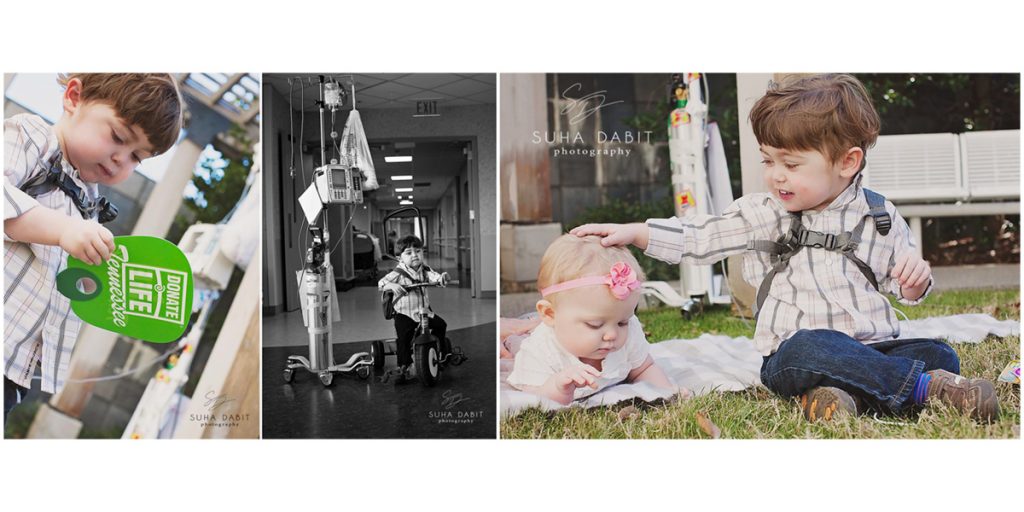 My husband and I met in high school and fell in love when we were 15 and 16 years old. We broke up after graduation and re-met in our adult life. We were soon engaged and married and expecting our first child. It was a little early, but a welcome surprise. If you have had a child or been around someone who is expecting, you know the excitement that comes from each ultrasound but also the fear that is in the back of your mind that something could be wrong at any time.

Dan and I were told at a 30-week ultrasound that our unborn son had a severe heart defect called Hypoplastic Left Heart Syndrome or HLHS. This means that the left ventricle of his heart did not fully form. Our baby would be born with basically half a heart and would require 3 open-heart surgeries in the first year of his life.  These three surgeries are referred to as the “Fontan pathway” or the Norwood, Glenn and Fontan and are performed in the first week of life, the first months of life and usually by the age of four. These surgeries are often very successful- many people can and do live full lives with half a heart. While the surgeries don’t correct the problem, they allow the half a heart to work for the whole body.

Paul was born on December 8, 2011 and our focus immediately turned to being the best advocate for our son. While Paul had a hard time recovering from his first two surgeries by the time he was 6 months old, he was home and we began to really live our lives. As the time for the third surgery (the Fontan) approached, we were anxious but hopeful. Most children that have the Fontan do really well. It’s not a perfect fix but can be a life saving surgery that provides kids with a somewhat “normal” life for many years- maybe even forever. I personally know adults living with a Fontan and HLHS with no signs of needing anything else from a cardiac perspective for a very long time. In a lot of folks, the surgery works well. Most of the time things go well. Most kids do well but some do not.

For Paul, the Fontan procedure presented an underlying lymphatic issue. As a result, he began to develop a very rare complication called plastic bronchitis. Paul presented with the worst and earliest case in documented history of this rare disorder one day after his Fontan surgery. People with plastic bronchitis leak lymphatic fluid into their airway causing them to form what is referred to as bronchial casts. These casts can be deadly and are certainly dangerous. We tried twice to undergo an experimental and promising procedure at the Children’s Hospital of Philadelphia to get Paul’s plastic bronchitis under control.

This procedure has been documented to put plastic bronchitis into remission but for Paul it did not work the first or second time. In addition, his heart function started to decline. Lymphatic leak happens often because of increase pressures in the heart and lungs. The best way to treat poor heart function and increased pressures is sometimes a heart transplant. For Paul, a heart transplant is the best and most reasonable option. This should eradicate plastic bronchitis and will replace his half a heart that is failing.

Transplant is not a cure but it offers hope to many people for long and healthy lives. Paul needs a new heart to get better. He is currently listed for a transplant as status 1a (high on the list) and is living at Vanderbilt Children’s hospital in Nashville until his gift of life arrives.

Paul is amazing. He is three years old and braver than any kid I know. He endures breathing treatments, blood work, vital signs, echocardiograms, EKGs and a host of other stuff almost weekly like a champ. His favorite color is green, his favorite movie is Finding Nemo, his favorite number is four. Paul can count to 100. He likes to eat Noodles, play the ukulele and is obsessed with Bubble Guppies. He loves hugs and kisses and his little sister, Georgia Jane. He eats noodles and squeezable fruit everyday and knows his entire alphabet- including which letters are vowels. He likes to finger paint and play in the water and loves all types of people. For all intents and purposes, he is a normal little boy living a very abnormal life in the walls of a hospital. He needs a heart to leave these walls. He needs a new heart to survive.

There will be a day where another family is faced with crisis. In a time of unimaginable loss, they will make the most selfless decision to donate the organs of their child. One day, we will receive a call that something terrible happened but that there is a new heart for Paul. One day, our lives will intertwine with a donor family in the face of tremendous sadness. This will be a day that will hopefully save Paul’s life.

Our children inspire us. We LOVE them and, in spite of and because of everything we have been through we really LOVE each other. It is beyond a privilege to be in this life as a family together and we are thankful for this journey.

I can’t begin to express my gratitude and grief for our donor family that has yet to come. Being an organ donor is by far the most selfless and incredible thing we can do as human beings. We are saying, in effect, my life has ended and in the wake of that I want to give so another’s life can begin again.

Dr. Colleen Melchiorre has been a friend of Sigma Pi for many years. As a consultant with Phired Up Productions, Colleen worked with Sigma Pi to design, administer and analyze The Membership Experience Survey. She has continued her consultation and coaching within our organization and is a member of the Sigma Pi Parliament. Colleen is a member of Alpha Sigma Tau and currently keeps residence in Nashville, TN with her husband, Chef Dan Melchiorre and Paul (3) and Georgia (1).