Written By: The Emerald
Donate Life From our Partners Featured 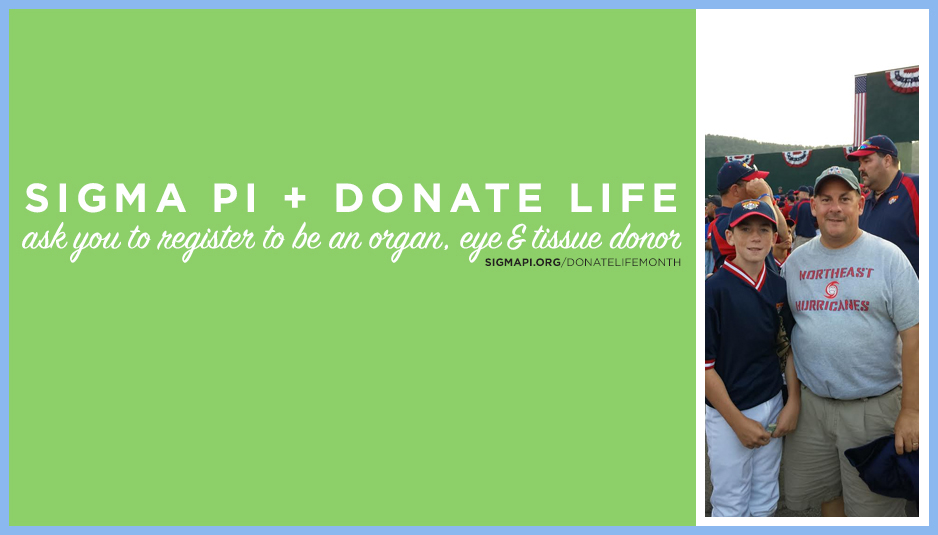 I am blessed.  Just over four years ago I was given the gift of life.  I got very sick, very fast!  My wife Linda and my two kids Matthew and Megan (aged nine and 12 at the time) had just recently returned from a September trip to Disney World and everything seemed fine.  Matthew was in the middle of his soccer season and both were doing well in school.  Around Halloween I began to feel ill and developed some serious symptoms.

I quickly made an appointment with my doctor to get checked and was immediately admitted to the hospital.  Soon after I was given the news that my liver was failing and I would most likely need a transplant.  This news hit hard and for the first few weeks I was doing ok and managing to go about life.  But soon I started to take a turn for the worse.  I fatigued very easily and the ability to do even the most basic things became very difficult.  Just taking a shower in the morning was exhausting and took all the energy I had.

On December 26th, I was admitted to the hospital, and with the exception of one 24-hour period, I would remain there until after my transplant.

While in the hospital, I had the support of so many people that helped me get through.  First of all my wife and kids!  They went through so much during this time and my wife had to work extra hard just to try and keep things as “normal” as possible.   The rest of my family and community rallied around me as well, and I am so grateful.  This includes my brothers from Sigma Pi who mean the world to me.  Especially to Herb Blanchard (Eta-Eta, Bridgewater State ’91), who visited me almost every day! Also,  those that helped organize and attend a benefit in my name meant so much to me.

I think of my donor every day.  I do not know who he was or his family but they are constantly in my thoughts and prayers.  Because of their selfless decision at what must have been such a difficult time I was able to get my life back.

I am so thankful for each day!  I’m now able to look forward to the little things in life that often go unnoticed, or may seem to be a nuisance at times.  Many people have asked me how I felt after the transplant and the best way I can describe it is by comparing myself to a couple of characters from a few favorite movies and how they must have felt, one being George Bailey from “It’s a Wonderful Life,” when the whole community was there for him in his time of need.  I am truly grateful to all those friends, coworkers, and medical personnel etc that were there for me when I needed it.  The second is Ebenezer Scrooge from “A Christmas Carol” when he woke up on Christmas morning so excited to realize he had another chance.  The final character is James Ryan from “Saving Private Ryan,” at the end when he asks his wife if he has lived a good life thinking back to when he was saved and what he did to deserve all that was done for him.  The Captain just told him to live a good life.

I often think of what I have witnessed and accomplished since my transplant on 2/18/11.  Because of my donor I have been able to: celebrate four more birthdays and anniversaries (and counting), witness both of my kids become teenagers and experience all the joy that comes along with it, watch my Bruins, Patriots, and Red Sox each win another championship, be there for my father as my mother lost her life to Alzheimer’s, go to a Sox game with my dad, as well as another with my son, go to two Springsteen concerts with Herb, got back to work within three months of my surgery, go on a cruise with my family and friends, go to Las Vegas and to Disney World with my family, go to many soccer games and baseball games, mow my lawn, shovel my driveway (even the mundane things I am able to find joy in).  This is a very small partial list but I hope you get the point.  Because of my donor I have been able to experience LIFE.  And for that I am so thankful.

I am a proud brother of Sigma Pi and it makes me even prouder to know that my brothers are working with Donate Life to promote the importance of organ and tissue donation.