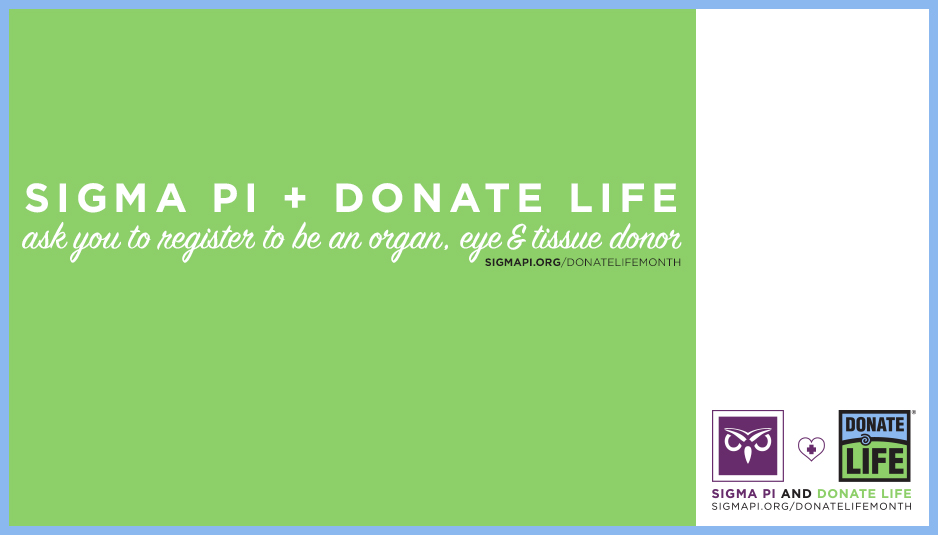 I owe my kidney, my health, and my life to a man I had previously never met.

My health problems began when I was just 10 years old, after tests following a summer’s long illness revealed that I had only one, very enlarged kidney. Further testing at the hospital revealed blockage of my ureter, the tube that passes urine from the kidney to the bladder. This obstruction was causing swelling and damage to my lone kidney. It took two surgeries that year to drain and repair the organ, but after that, I was basically back to normal. I received periodic check-ups to make sure everything was working well.

Life went on. After graduating from Boston University, I moved to Colorado and opened my dental practice where I met my future wife, Kristi. Soon after, I started to get mild headaches. I took my blood pressure and found that it was slightly elevated, especially for a young man. Additional tests by my doctor showed that I was spilling protein in my urine and that my serum creatinine, a measure of kidney health, was abnormally high. Doctors told me that I had lost at least 50 percent of my kidney function.

I had an open kidney biopsy in January of 1987, one month before my wedding to Kristi. The biopsy showed that I had focal segmental glomerulosclerosis (FSGS). Fortunately, I had the slowly-advancing type of this disease. My doctors tried what treatments were available at that time; I was put on a low protein diet, and we tried high-dose bursts of steroids which made me feel sick. In hopes that improving urine flow would also improve kidney function, doctors also tried placing a stent in my ureter. That wasn’t much fun, and we didn’t have any luck there either.

My creatinine levels slowly rose, trending upward in 1996. Again, we tried a burst of steroids. They helped this time, though they also made me sick and fat. In mid-2001, the trend got steeper and my kidney function was only 20 percent. Eleven of my blood chemistries were out of range. I was spilling high amounts of protein into my urine every day.

Despite the peaks in my creatinine levels, I didn’t feel sick. My kidney doctor worked miracles to keep me going. As an avid cyclist, I still averaged 3,000 miles on my bicycle every year. I rode in the Ride the Rockies bicycle tour and the Triple Bypass ride three times, even with my reduced kidney function.

But as time progressed, I began to notice that I was tired in the evenings after work, often falling asleep on the couch. This was unusual for me, but I knew I was truly sick when I rode in the Elephant Rock Ride in 2005 and couldn’t keep my normal pace. Though I pushed as hard as I could, I just couldn’t keep up. I felt so sick that I cut my ride short.

My doctors told me all along that I would eventually need a transplant, which was hard to believe because I felt well until the end. As my function became more critical, we started to look for living donors. Because the average waiting time to receive a cadaveric kidney transplant is 3 ½ years, finding a living donor was our best option. We sent letters to my extended family hoping to find a match. We also made a plea in our Christmas card.

Both family members and friends consented to be tested for a match, but kidney size and medical issues prevented them from donating. My surgeon wanted the donor to be my size so that the kidney size and function matched closely. Living donors have to be especially healthy so that they aren’t harmed by donating.

I started asking patients who were my size if they would consider being a donor. My friend and patient, Guy, also consented to be tested. I thought he would be perfect because he is almost exactly my size and is an ultra-marathon runner. He, too, was unable to donate, but he asked to post information looking for potential donors on an ultra runner website. Kristi and I were certainly happy with the idea. By this point, we were desperate.

That’s how I found my hero, Kevin.

Kevin, who lives in Virginia and who is also an ultra runner, stumbled upon Guy’s message soon after it was posted and responded. He had recently read an article about kidney donation in a medical journal and was already interested in donating a kidney—he just didn’t know where to start. Guy put me in touch with Kevin, and we corresponded first by email and then by phone. After learning more about me and my medical situation, Kevin consented to be my donor. We were thrilled.

Kevin began the process of becoming my donor by contacting the transplant center directly. Like all potential living donors, he was given every chance to reevaluate his decision, but Kevin remained committed. Because we hadn’t known Kevin previously and because it is illegal to sell organs in the United States, we had to convince our transplant center that Kevin’s donation would be altruistic. The center consented, and Kevin traveled to his local transplant center for his donor work-up. He was a match, and our surgery was finally scheduled for July 6, 2005.

We first met Kevin and his wife, Ann, face-to-face two days before the surgery when my entire family picked them up at the airport. I think we were all a bit nervous, but everything went well. Kevin and I had our last check up on July 5th, and I was instructed to call the hospital early the next morning to receive our finalized surgery time.

When I called, the nurse told me that our surgery had been cancelled. We panicked because we did not know what it meant. We later learned that a woman had died the night before and had kindly donated her organs and tissues. The surgeons were busy ensuring that other lives would be saved with her gift. We would have to wait until the following day.

On July 7th, we reported to the hospital and said extremely emotional goodbyes to our families. But thankfully, our surgeries went well, and after the first day of recovery they put Kevin in my room.

Kevin got to leave the hospital after four days. I returned home a few days after him and began working full time only 2 ½ weeks after that. For the first time in a long while, I was healthy—I felt great.

Looking back on my experience, I realize that kidney failure wasn’t just difficult for me—it was even more difficult for Kristi and our three children. Only now do I truly appreciate the fear and trepidation that they had experienced during my illness. I am so blessed to have such a close family, and I am grateful to Kevin for allowing me to regain my health.

Kevin is an amazing man. He is my hero, my angel. I will be forever grateful for his extraordinary gift. My transplant not only gave me a new lease on life, but also a great friend.