Life on the Road: Connor Schwalm 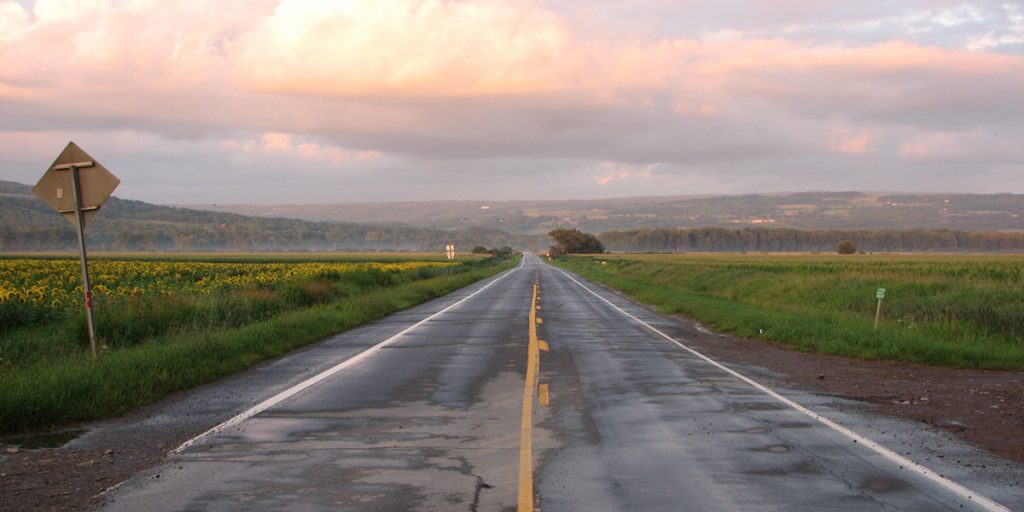 I’ve always described my fraternity experience as unorthodox; then again, people that are close to me would probably agree that the idea of me joining a fraternity in the first place was a strange one.  I joined my chapter during my second semester sophomore year. However, fall semesters were always the big recruitment season at my school and I had only had five other brothers in my new member class.  I was, and still am, a nerd.  I studied physics, played video games until the early morning and generally didn’t step out of my comfort zone. A friend insisted I join him and his brothers at basketball game.  I then found myself going out to lunch, watching intramurals, and hanging out over the weekends.  Next thing I know, I was given a bid by the chapter. I had a pretty normal new member experience and was initiated after a very long summer break. With it being my first active semester and being a junior, I was in the mindset that I need to “make up for lost time.”  I volunteered for every job, went to every social/brotherhood/recruitment/community service/IFC event and got my first (of three) little brother, James Kling (Theta-Eta, Old Dominion ’16), current Sage of Theta-Eta Chapter. I was involved with everything but loved every minute of being a part of Sigma Pi. I finished my first semester of being a brother by being elected to Second Counselor, which turned out to be one of the best learning experiences I’ve ever had.

I finished out my fraternal resume with a graduation from the Undergraduate Inter-fraternity Institute as IFC Treasurer, Order of Omega President, and as a Greek Week Director. I built incredible relationships with my brothers, other Fraternity and Sorority members, university staff and graduate assistants.  Those relationships helped me tough personal issues, and helped me feel comfortable with who I am.  I try to live my life in such a way that I don’t regret the decisions I make, but I sure wish I could go back and join Sigma Pi my freshmen year! I’m grateful for the time that I did have and wouldn’t trade those experiences for anything.

Rewind to January 2014, I received an email for an Expansion Consultant and had a conversation with my chapter director, Brian Kurisky (Theta-Theta, Ferris State ’07), where he told me I’d be perfect for the job.  A brief conversation with the Director of Expansion, a phone interview, and an onsite interview at the Executive Office I was offered the job last March.   I was honored to be chosen to serve as an Expansion Consultant for Sigma Pi. With only a few months left in the school year, I want to share some of the experiences I’ve had during my first year of employment with Sigma Pi.

I believe; I believe in Sigma Pi and I believe in Fraternity.  I believe that fraternity and sorority is the best leadership experience anyone can have while in school.  Anyone that joins a Fraternity and Sorority can speak to the positive impact that it has had on their life.  I adamantly believe that I would not be the person I am today without my chapter and my undergraduate experiences.   Until recently, fraternities and sororities have had a difficult time quantifying how beneficial the fraternity experience had on its members.  Last year, the North American Inter-fraternity Conference patterned with the Gallup Research Group to attempt to answer how fraternity and sorority life affects members post-graduation. Here is my synopsis:

Fraternity and Sorority members are more likely to be thriving in all five elements of well being; purpose, social, financial, physical and community.

Being an Expansion Consultant has given me the opportunity to reach out to students that have either not considered fraternity life or haven’t been able to find their home on their respective campus.  Last fall, I worked on the Colorado State Expansion and I enjoyed meeting a variety of students, listening to their stories, telling and showing them about the opportunities Sigma Pi and Fraternity have to offer.  Anytime someone accepted their bid, I was incredibly proud and excited to see what these men would  accomplish throughout their fraternal experience.

I know it may be hard to see this as a current undergraduate member, but Sigma Pi Fraternity has made a lot of great strides along its Quest for Excellence and as a brother, I find it rewarding to know that I’m working towards improving our organization and the lives of the men who decide to join Sigma Pi.  None of this would be possible without   the quality of support and guidance of our regional directors.  Not only do they mentor their regions but also they serve as a mentor to me to provide a higher level of support to our colonies.  The Standards of Excellence will advance our brother’s Quest for Excellence by supporting the values and principles upon which our fraternity was founded.  I’m excited to see how our men use it as a way to measure their successes and work on their weaknesses.  I’ve had first hand experience improving Mid Year Leadership Conference with the optimization of the Guidebook App. For those of who attended this year, my apologizes about bombarding everyone with surveys but that data will help us continue to elevate that conference for years to come!

Currently this semester I’m working with the Theta-Mu Chapter at CSU-Chico on a Chapter Growth Project.  Essentially, I’m serving as a resident consultant and helping the chapter establish “Operational Excellence.”  I have a total of 9 goals this semester and with my second week on the ground with the chapter, we’ve accomplished 4 goals of these goals, with the most recent success of having 26 men  accepting their bid into the Theta-Mu chapter! I’m ecstatic about the success so far and excited to see how the chapter continues to succeed in the future.  Like any job, there are a few negatives.  Moving far away from home has been difficult, going to foreign cities every few weeks and many meals alone.  I often come across poor Internet connections (Starbucks has become my office), the increase in my cell phone bill with constant phone/FaceTime/Skype calls to friends and family. Early mornings and late nights running on college time and there are many times I have to be the “bad guy” when its for the best of the organization.  But overall, I wouldn’t trade this past year for anything!  I recently watched a Ted Talk, titled “Why 30 is not the new 20.” I encourage anyone in their 20s to watch it if you haven’t seen it.  Meg Jay, the speaker, talks about her experience working with 20 year olds as they navigate their lives.  In the last few minutes of her speech, she says “Don’t be defined by something you didn’t do.”  That phrase really stuck with me.

When I was finishing up school, I was at a crossroads.  I was in the middle of applying to graduate programs, different jobs in the defense/government sector, Sigma Pi and also dealing with the realization that I was about to enter the “Real World”.  I choose Sigma Pi because of the incredible times, experiences, and realizing that I had knowledge that I wanted to share with the fraternity.  I can always go back to school or work a normal 9 to 5 in the Washington DC area but this opportunity was only going to come around once.  I couldn’t let this opportunity pass me by.  To anyone that has applied, or thought about applying to work at the Executive Office, do it.   Don’t be defined by something you didn’t do.