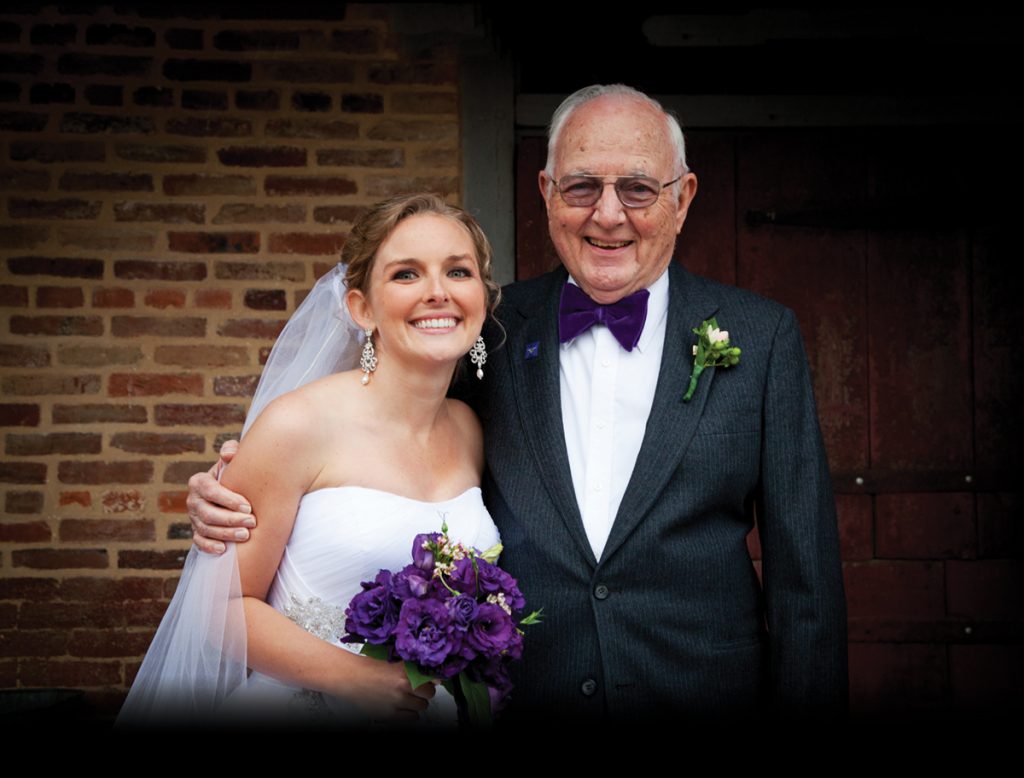 On May 14, 2014, I celebrated 70 years as a member of Sigma Pi. Unlike most of you reading this message, I had two advantages, namely:

Needless to say, I soon became a pledge and in May became a Brother. Shortly after initiation new elections were held. Ed Carson was elected Sage and I was elected to the other five positions. Why? All other members were either leaving for service or medical/ dental school. In early November, the Navy V12 students were called up and we moved back into the house with six men. Two weeks later I was drafted into the Navy.

Upon discharge in August, 1946, I arrived home and was advised by George that the following week we would be heading to Ashville, N.C. for Convocation. Since George was credited with keeping Theta alive throughout WWII, the brothers elected him as Theta’s delegate.

This Convocation was chaired by Jonathan B. Hillegass (N, Franklin & Marshall ’18), who served as Grand Sage from 1938 to 1946 (our longest serving GS.) Needless to say, all in attendance departed with great enthusiasm and determination to rebuild Sigma Pi by reactivating those chapters that were forced to close during WWII.

Thus began my commitment to Sigma Pi. While serving as Treasurer and Sage of Theta, I attended two more Convocations (three as an undergraduate in four years). In 1949, I went to the Wharton School (U. of Penn.) to secure my MBA. While attending the 1950 Convocation, I was appointed Province Archon over the eight chapters in Pennyslvania, Maryland, New Jersey, & New York.

At the 1954 Convocation, I was elected Grand Third Counselor, a position I held for six years prior to moving up the ladder. While serving as Grand Sage, I had the privilege of moving the Sigma Pi headquarters from Elizabeth, NJ to Shaddowwood in Vincennes, IN. In July, 1963 and working with our new Executive Secretary, the late Jim Hills. From 1954 to 1966, I served as a Grand Council member. At the same time, I served on the Board of the Sigma Pi Foundation (thenational housing corp.) and remained there until 1978. In 2001, the Grand Council created the Sigma Pi Fund (a 501(c)3 corp.) and asked me to serve as Chairman. When it merged with the Educational Foundation in 2003, I became a board member and served until 2008. PGS Howard Beyer and I are the only men who haveserved on all four corporations. Although I tried toretire in 2010, I am still the CD of Nu Chapter.

It is logical to ask how I was able and willing to commit to such service while working full time for RCA and raising four children. Certainly, the experience of participating in the 1946 Convocation and the two which followed in 1947 and 1948 was a critical beginning. By the time I had graduated from Penn State, it was apparent that I had benefited greatly from the leadership opportunities being an undergraduate at Theta afforded me; that they would help me to succeed in the adult world. In fact, I believe that said leadership also was critical to my acceptance at Wharton.

Today, I believe more than ever that the Greek experience is important to a college student. With too many universities now going away from teaching the humanities and essentially becoming technical institutions, the Greek system is more vital than it has ever been in preparing the college graduate to be successful in the adult world. The opportunities to meet and become part of a team of diverse men and become a leader in your chapter are a critical benefit and something not taught in the classroom.

I would urge all active members to commit now that you will remain involved with your local chapter after graduation. Experience reveals that our most important and successful chapters are those who have an active alumni board. To those alumni who now are providing support to the Grand Chapter either financially or through a volunteer role, I urge you to continue your support. If you have not provided such support, I urge you to do so. Today Sigma Pi is among the most prestigious fraternities in the country. Your support is essential to allowing our professional staff and volunteers to continue the important growth we now enjoy, and to provide essential oversight and service to our active chapters.

Finally, I wish to express my sincere appreciation for the many opportunities that I have had to serve Sigma Pi. My professional and social life has clearly benefited from these experiences; even my family has benefited as well. I wish to thank the many alumni who have served with me and supported me either as volunteers or staff. Whenever I was in a leadership role, the team members played an important part in Sigma Pi’s achieved success.