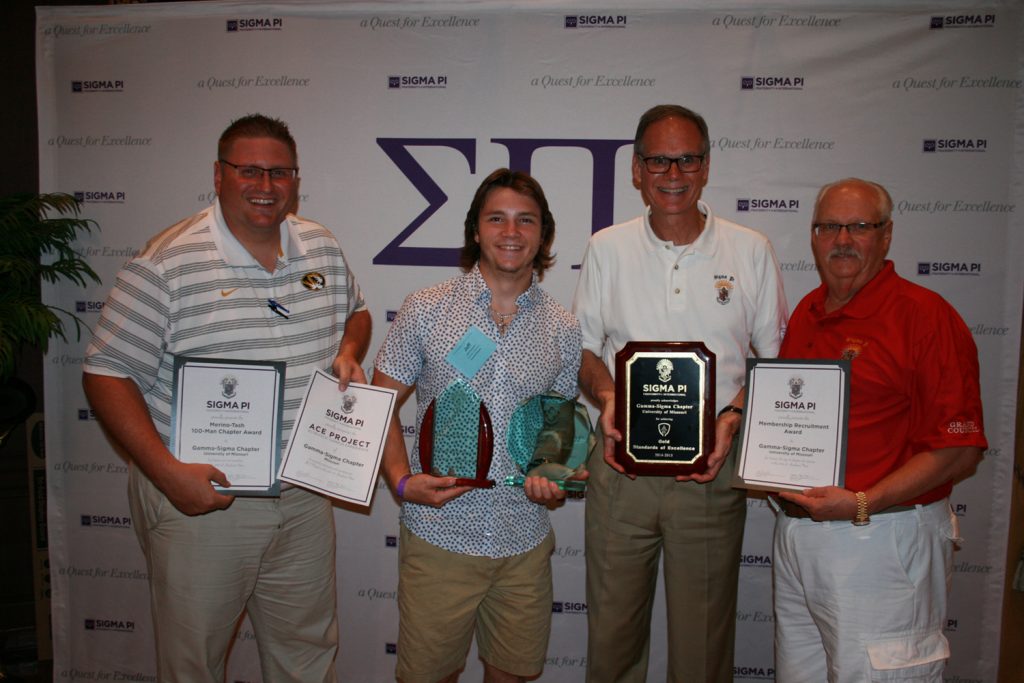 The Executive Office of Sigma Pi Fraternity, International would like to congratulate the following chapters on the awards they received during the 2015 Sigma Pi University: A UIFI Experience.