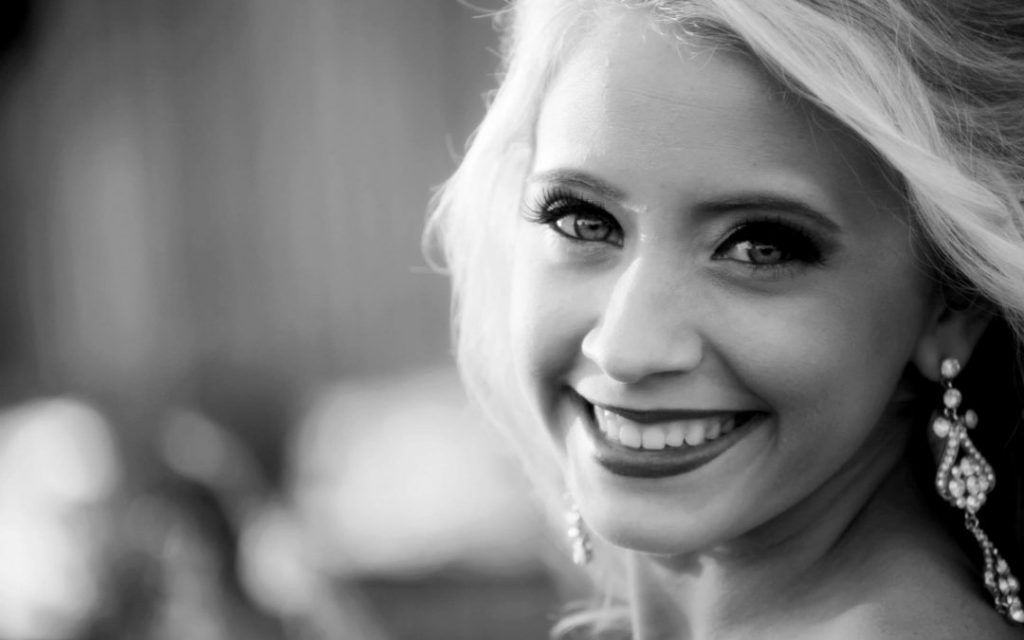 Because of Libby Hankins, Theta-Gamma Chapter has created a movement in Livingston, Alabama.

Libby—who attended the University of West Alabama and is a member of Phi Mu sorority—was diagnosed with Cystic Fibrosis at two-years-old and was treated at the Children’s Hospital of Alabama, and later, the University of Birmingham Hospital. In February of 2016, she was sent to Duke University Hospital in Durham, North Carolina where she received two new lungs. However, her lungs began to be rejected by her body and she passed away at the age of 23.

In 2016, during the time the transplant took place, Theta-Gamma Chapter and the Local Phi Mu chapter partnered together to sign up the students of UWA as organ donors through Donate Life. Libby would’ve graduated this spring. Because of the actions of Sigma Pi and Phi Mu, her legacy on campus thrives. This year, the Chapter wanted to take it one step farther.

“At the beginning of the year I knew I wanted to incorporate Libby [into the campaign], because she just had her double-lung transplant in the month of April,” Will Tittle (’18), who has led the campaign for Theta-Gamma Chapter, told ABC 33/40 News.

Tittle asked Libby’s sorority sisters at Phi Mu to join the mission. The group decided to set a goal of 500 registrations, a large increase in comparison to what Theta-Gamma had achieved on campus in past years.

Now two-thirds of the way through April, Theta-Gamma has seen over 1,130 registrations, and has decided to raise their goal Donate Life Month to 1,500 signees.

Below, Laurel Elmore, Libby’s best friend, shared her thoughts on Donate Life and how it impacted Libby’s life after receiving her donation.

Elizabeth Scott “Libby” Hankins was my best friend. I use the word “was” very hesitantly because in my heart, she will live forever.

Libby was diagnosed with Cystic Fibrosis at the age of two after having multiple “sick” visits to her local pediatrician. Cystic Fibrosis or “CF” is a chronic genetic disorder that primarily affects the respiratory and digestive systems. One of the main symptoms of CF is thick, sticky mucus that collects in the lungs, creating difficulty breathing and increased infections.

Libby spent weeks to months per year in the hospital for various surgeries, infections, and issues caused by CF. She missed proms, homecomings, birthdays, and almost every Christmas due to her hospitalizations. Through it all, she was one of the most positive and vibrant humans I have ever met. Her charisma and charm lit up a room, and her laugh was the best I’ve ever heard. She found good in all things, situations, and people; never pitied herself but certainly pushed herself; and made the best of every situation. When she was in elementary school and high school, she and her mom would decorate her room at Children’s Hospital of Alabama with a Christmas tree, lights, snowmen… anything to make it feel like home. Libby would proudly show me her tree and her theme for that Christmas, and you would never know she wasn’t in her own home cozied up by a roaring fire. She just made the best out of everything life sent her way. I can’t imagine how different her life would have been without her “make your own sunshine” attitude.

Libby and I grew up four doors down from each other, and with an 11-year difference in our ages, I can remember every stage of her life.

During the youthful stage of our relationship, she was the adorable curly-headed blonde little girl who loved her older neighbor, and likewise. I remember seeing her at events at school or in town, and as soon as those big eyes would see me, she would run full speed into my open arms and giggle. Libby grew more beautiful each year of her life, but seeing her as a toddler in printed swing dresses with huge hair bows holding back those curls will forever be a favorite memory of mine.

When my husband and I got engaged, I couldn’t wait to ask her to be a bridesmaid. I remember so vividly asking her in the hallway of their house and her excitedly jumping from flat-footed in front of me to a full body hug with arms and legs wrapped tightly around me. She was there for every event and memory throughout my year-long engagement unless an illness or hospitalization kept her away. We grew closer and realized that time had faded that age difference. She became someone I talked to when something was good or bad in my life, someone who always knew the answer to what I was dealing with, someone who would listen to me without agenda, someone who loved me with all she had and would have moved Heaven and earth for me. That was Libby. She was surely a teenager who loved her fun, but her life experiences in dealing with CF gave her a maturity level beyond her biological age.

After a few years passed, I became pregnant. At midnight, I drove down to her apartment at college because I couldn’t wait to tell her. My husband and I both loved and admired her so much that we had decided long before I was even pregnant that we would name our child after her.

Hankins Scott Campbell arrived a few months later after 16 hours of labor. Libby was fighting a CF infection at the time and slept in chairs, her mom’s lap, and finally an empty hospital bed, but she was not leaving until she could see Hank and hug me. She became “Aunt Scottie” that night, and it was a role she took seriously.

Six months passed and at the young age of 22, Libby’s health was failing. Her only hope for survival was a life-saving double lung transplant. We prayed hard, and God gave us our miracle. Libby received a call on April 17, 2016, that available lungs were a match. Our prayers were answered. I was beside the bed the night she got her transplant, just as I had promised and was one of the first people she asked for once she woke up and could communicate. When I got to the bedside the next morning, she gently took my hand, flipped it over, and wrote: “I love you” in the palm of my hand. I felt more relief and hope than I had in months. One precious organ donor had given me my friend back.

She recovered and moved home after a long eight months. We talked about plans and dreams and trips we would take. We planned future birthday parties, proms, and dating rules for my son, Hank. We were so happy to have so much time to do all these things and couldn’t wait to get started.

Two months later, she left for Durham, NC, in an ambulance. I prayed harder than I ever have in my life for a second miracle. Three weeks later, I drove ten hours through the night to tell her goodbye for the last time. A virus had attacked her lungs, and her immune system was not strong enough to fight it. I promised to be by her side until the end, and I was. Just as she wouldn’t leave me the night I had Hank, I wouldn’t leave her. It was the honor of my life to be there with her in those last moments.

Organ donation saved my best friend. One selfless donor gave us hundreds of new memories, 11 beautiful months and such an overwhelming testimony of love and faith. With those two lungs, she learned what it felt like to breathe deeply, laugh without coughing, jog easily, go shopping without oxygen, and feel like herself again, only better. With those two lungs, she taught her first classroom of special needs children, lit the Advent candle at our Christmas service at our church, played on the beach in Wilmington, and shared her beautiful story with thousands of followers on our Facebook page, “Lungs for Libby.” With those two lungs she went Christmas shopping, ate our last Mexican dinner together, played with Hank and made him laugh until he lost his breath, she sang loudly and off key to me in the car, and her story strengthened my faith in God and humanity. Because of those two lungs, I loved her deeper, prayed harder, and trusted God more than I ever have. Some say 11 months isn’t a long time. I say to those people that 11 months brought more joy and more love than you can measure. 11 months was “just right” in God’s eyes and as hard as it is to let her go, His timing is much more perfect than mine. Were those eleven months worth it? ABSOLUTELY. I am so thankful for every moment of those months. I ask myself, what if I could do that for someone else…for multiple people even, just by making one decision? Count me in. To me, it doesn’t even require any thought or decision. Please consider it today. What if you could do for someone what Libby’s donor did for us?

I am indescribably thankful for her 11 months. I am overwhelmingly thankful for her donor and their decision to do this for a stranger. One of the hardest things about losing her is knowing the family of that beautiful donor will never have the opportunity to meet Libby. If I could tell them one thing, it would be thank you from the depths of my soul. You have given us more than you could ever imagine.