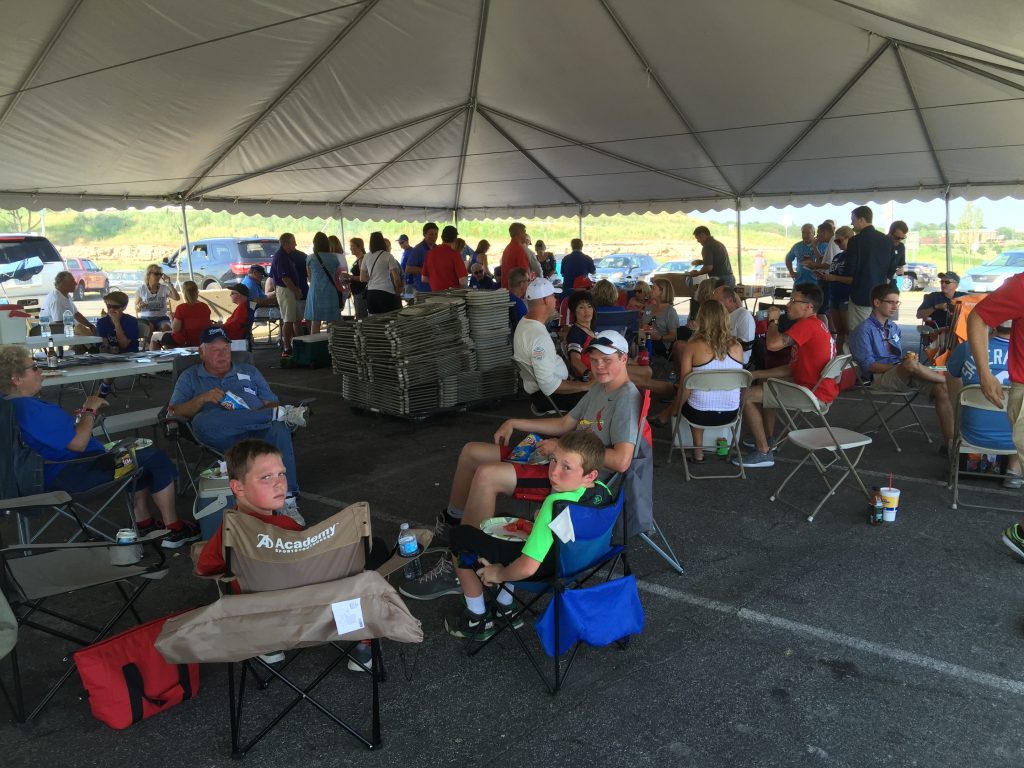 The Alpha-Rho Chapter tailgate event held on June 27th at Kauffman Stadium in Kansas City, was the largest gathering of Alpha-Rho members outside the city of Springfield with over 118 tickets sold. The event was attended by alumni members dating back to 1961.

The distinction of the oldest member in attendance went to Dave Tucker (’61). The award for most miles traveled was a tie between Curt Lodsdon (’75) – Florida – and Mike Waite (’73) – Washington DC.