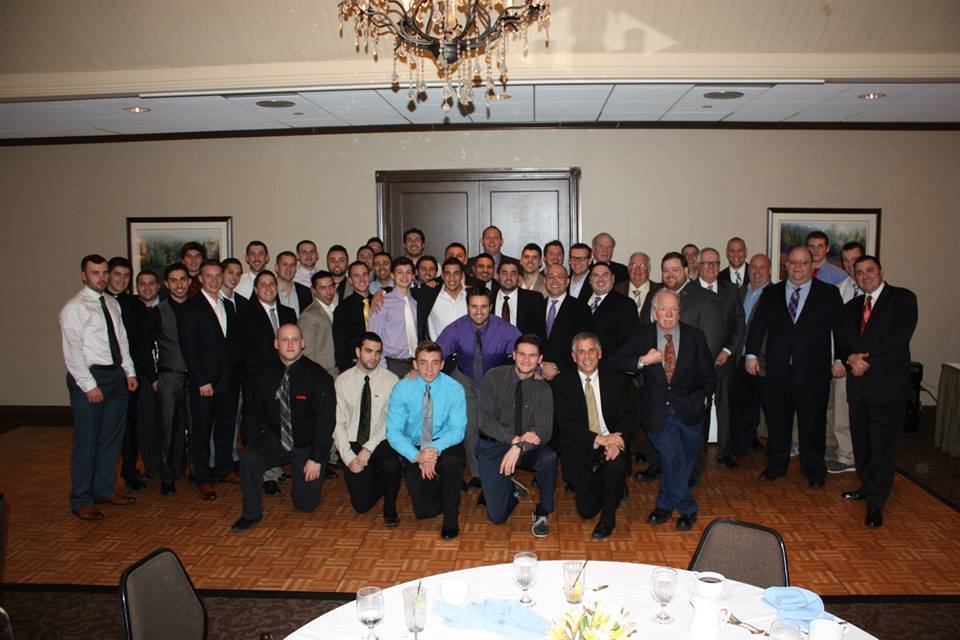 In this piece, I provide my two golden rules of alumni volunteering as well as some thoughts around each of those rules. The ideas below are not just applicable to Sigma Pi Fraternity, they are also applicable to any organization where there is a mentor/mentee relationship between individuals or groups.

In May 2003, I graduated from Monmouth University (MU) and became an officially recognized alumni member of Sigma Pi Fraternity (the Fraternity). Like most brand new alumni, I didn’t have much thought about involvement in the Fraternity’s actions after my graduation. I knew that I wanted to attend the upcoming leadership training school because it was being held in Vincennes, Indiana – the birthplace of the Fraternity. Other than that half-week trip, though, I had no plans to be involved in Sigma Pi in any future way.

The August 2003 decision to become an alumni volunteer for the Fraternity has lasted until the present-day and, God-willing, well into the future. Among other volunteer positions for the Fraternity, I’ve served as a Chapter Director at two different campuses (MU and, for a short while, I held the position at William Paterson University), an advisor to my chapter’s alumni club, the Province Archon for New Jersey, a Trustee for the Sigma Pi Educational Foundation, the Treasurer of the Foundation’s Board of Trustees, and – perhaps most importantly – as a mentor for graduating seniors and young alumni from my chapter. Last February, I was asked to take the various experiences that I’ve gathered as an alumni volunteer and provide a half-day training on alumni volunteering at the Fraternity’s Mid-Year Leadership Conference in St. Louis, Missouri (an invitation which was extended again this year and which I’ve accepted again). I immediately agreed and then began combing through my various experiences, perspectives, and training materials to build the best program that I could for my fellow volunteers from around the nation.

Through that process, I discovered that I’ve operated off of two golden rules during my time as alumni volunteer. Those two rules are:

The first rule that a good alumni volunteer needs to understand is that his position is not about him, his feelings, his wants, or his desires. At its core, this perspective may be counterintuitive to what alumni volunteers believe when they agree to take the position. Most alumni volunteers want to remain involved with the Fraternity because they remember the good times and great relationships that they built as undergraduates. Others want to stay involved because they believe that they can help the chapter improve upon its programs that were operated when he was an undergraduate. The majority of an alumnus’ good, happy experiences with the Fraternity are generated from people and events where they, individually, could be the focus.

Instead, the focus of your fraternal actions as an alumni volunteer must always be about the undergraduates. Your role – your purpose – is no longer to view the issues that created your love of the Fraternity from a perspective of personal gain or even one of personal involvement. As an alumni volunteer, you have to ensure that those connections are made available and strengthened for the benefit of future generations. This is often a hard pill for new alumni volunteers to swallow, yet adhering to a perspective of providing the most good to the undergraduates is the best way to ensure that you are acting truly as an alumni volunteer and not as someone who wants to hang around campus to exert some personally-identified influence on or even control over the chapter.

The second rule is that being an alumni volunteer is not story time. Again, this is a bitter pill for many alumni volunteers to swallow. At the core of this rule is the interactions that you have as a volunteer with your undergraduates. This can be something as simple as an undergraduate asking, “Hey, what should I do about Bob? He hasn’t paid his dues and he won’t return my text messages.” The incorrect answer would start off this way: “Well, when I was the chapter’s Treasurer…” or, “When I was an undergraduate we used to…”

There is an important point in the last sentence of the previous paragraph – that is, the alumni volunteer exists to provide answers and guidance. The alumni volunteer doesn’t exist to tell stories about his glory days. The most immediate and lasting way to become irrelevant to an undergraduate is to answer their questions by telling them your own experiences. Not only do you violate both of the golden rules noted above, but the undergraduates no longer see you as a source of relevant information. Rather, they will begin to see interactions with you as a chore that they have to endure every once in a while.

I’m confident that some alumni volunteers are out there reading this and are aware enough to recognize that they engage in story time when they answer their undergraduates’ questions. Most of those folks will think to themselves, “Well, Joe is full of it. My undergraduates enjoy my stories and it helps them build a better chapter.” To those few with that mindset, let me assure you – your undergraduates don’t enjoy your stories. As a national Fraternity, we bring in such a high caliber of young man that they’re too nice and too reverent of our alumni base that most of them won’t be honest with you and tell you that you’re boring the life out of them. Remember, if you’re advising through telling stories, then you’re already irrelevant to your undergraduates so you shouldn’t expect them to be truthful with you about how much your stories bore them.

If you make the focus of your interactions with the undergraduates about them and you provide answers to their questions, a funny (yet logical) thing may happen: the undergraduates will seek your advice more often. You’ll be viewed as a source of solutions. You’ll become the literal answer to their problems. Becoming that source of solutions, the answer to their problems, is what builds the bond between you and your undergraduates over not just a year or two, but over generations. Your current chapter leaders will tell your newly-elected chapter leaders that they should rely on you for guidance. You’ll receive the type of word-of-mouth recommendations that money can’t buy for an alumni volunteer.

And all it takes is to make the undergraduates the focus of your work as a volunteer.