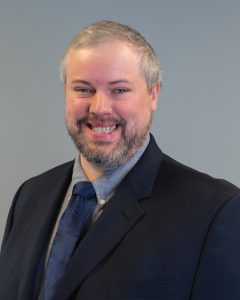 Prior to joining the Executive Office staff in September 2013, Carter served as the Marketing Director for Comas Montgomery Realty & Auction Co., where he managed the marketing budgets for auctions throughout the year. At Comas Montgomery, Carter implemented new, successful marketing techniques, including digital billboards, expanded publications, social media, and more, elevating the brand of the firm and creating a larger market for auction opportunities.

Carter is a Tennessee native, and was born in West Tennessee. He currently reside in Murfreesboro, Tennessee, where he has lived since 2006. He is a 2011 graduate of Middle Tennessee State University, where he majored in Visual Communications. At Middle Tennessee, he was a member of Theta-Omega Chapter, where he served as Philanthropy Chairman, New Member Educator, and Fourth Counselor.

He is married to Brandi Carter, a kindergarten teacher in Murfreesboro, and they have a daughter, Emma Jane.