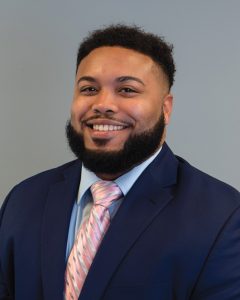 Director of Education and Programs

Alexander Pettigrew (Indiana of Pennsylvania ‘15) serves in the role of Director of Education and Programs. In this role, Pettigrew will direct and implement educational programs and leadership initiatives of Sigma Pi.

Prior to his role as the Director of Education and Programs, Pettigrew served the Executive Office for one year as the Chapter Management Associate for Tier II chapters. Pettigrew successfully supported the needs of chapters, colonies, and alumni clubs.

Before joining the Executive Office, Pettigrew, originally from Stroudsburg, Pennsylvania, graduated from Indiana University of Pennsylvania this May with his bachelor of science in marketing. A brother of Theta-Epsilon since fall 2015, Pettigrew has served as the Fundraising and Recruitment Chairmen along with holding the positions of Treasurer and President from 2016-2017. Outside of Sigma Pi, he was a member of The National Society of Leadership and Success along with sitting on his campus’ Interfraternity Council as Vice President of Programming in 2016.