The following article was written and published through TriState. 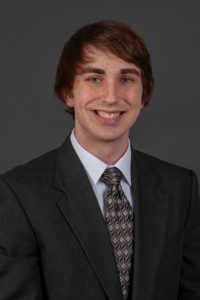 Indiana Governor Eric Holcomb appointed Liam Collins to the University of Southern Indiana Board of Trustees as the university’s student trustee beginning July 1.

Collins will hold the position until he graduates in 2023. He succeeds Josi Barscz, who was appointed in 2019.

Collins is pursuing a Bachelor of Science in Nursing and is a Presidential Scholar for the Class of 2023. He currently holds a 4.0 cumulative GPA and works as a mathematics coach for students participating in Academic Super Bowl. He is involved in a number of groups and activities including Sigma Pi Fraternity, Special Olympics and College Life at USI Campus Ministry.