How to Get the Most Out of Conference Attendance 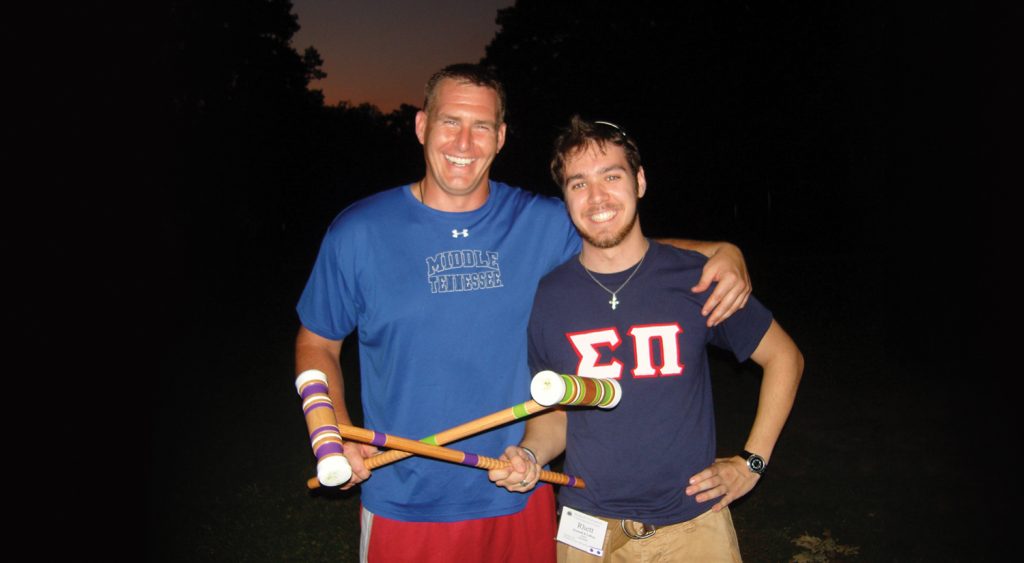 This story was printed in the Summer 2017 issue of The Emerald magazine.  If you do not receive printed issues of the magazine, but would like to, then please opt-in at sigmapi.org/updateinfo.

Once upon a time…

There was a college freshman who was a “rising star” in his chapter, or at least that’s what he was told. The truth was he wasn’t really sure what that meant. All he knew was that he really enjoyed his Fraternity – Sigma Pi. It was because of this that he decided he wanted to experience everything it had to offer. Chapter meetings were “okay” since they got everyone together each week, like a mini-reunion. Brotherhood and service events were fun, but never seemed to get a big turnout. The freshman would attend events, after-meetings, after-socials, and so on; always thinking “This is great and all but… I feel like there has to be more.”

Then, during a chapter meeting, the Sage stood at the front of the room going on with the weekly business. However, there was something unusual on the agenda: Election of delegate to Sigma Pi University. “What is that?” thought the member. He never heard of Sigma Pi University during new member education and he would know – he was pledge class president and scored a 100 on his exam. The member waited patiently to hear what this could be.

Finally, the chapter Sage explained, “This summer there will be a Sigma Pi University or SPU for short. SPU is a leadership conference put on by the Executive Office for every chapter to send their next generation of leaders to. We need to…” At this point the freshman’s big brother began elbowing him in the ribs. He leaned over and whispered, “You should totally go for this!” The freshman thought, “Maybe I should…” then focused once again on the Sage: “SPU will be in Tennessee this year and the chapter budgeted for the expense to send someone, so cost shouldn’t be a factor. Whomever we elect to send will be receiving some of the best leadership training that the Fraternity has to offer. Not only that, but they will meet and get ideas from brothers at every chapter in Sigma Pi, which is pretty cool
by itself.”

His mind was now made up, the freshman wanted to attend this “SPU.” Waiting for the Sage’s speech to roll to a stop, he heard the words he was waiting for: “I’ll open the floor for nominees to attend SPU on behalf of our chapter.” The young member’s hand went up and he immediately saw a grin spread wide across his big brother’s face. He quickly scanned the room for the competition he may face. Much to his surprise, there wasn’t much to speak of…

After the election process concluded, the young freshman had secured his ticket to Sigma Pi University.

After the meeting, he found his big brother and asked him a question. “Hey, why do you think no one else wanted to go to SPU? I thought it would be a much harder fight.” His big brother looked at him with that same grin and said, “Listen man, someone once told me something about fraternities that I’m going to tell you.” The young member nodded and listened. “He told me ‘Getting the most out of the Fraternity is up to you, completely. You just have to be willing to put the most you can into it!’ I think if you stick to that, you really can’t go wrong, okay?”

Seeing the confused look on the freshman’s face, he realized he needed to dive a little deeper. “Look, the reason the others didn’t jump at the chance to go to SPU has a lot to do with how they see the Fraternity. They keep waiting to ‘get the most,’ without ‘putting the most’ in. I went to SPU when I first joined, too, and it was amazing! I still keep up with some of the guys I met there from both California and Canada. But I knew it meant giving up time during summer break. Time where I could be making money, taking an extra class, or just relaxing.”

The freshman then realized all of the things he planned to do that summer. His big brother continued, “The bottom line is – it was worth it! When you go this summer, you’re the kind of guy who is going to go out of his way to meet brothers, take photos with the Grand Council, visit the museum and meet the staff, and come back with a plan to improve everything in our Chapter.” The young member finally recognized his big brother’s grin for what it was – he was proud of him. “In other words, when you come back from this summer’s leadership conference, you will be the future.”