Written By: Lori Chana
Donate Life From our Partners Featured 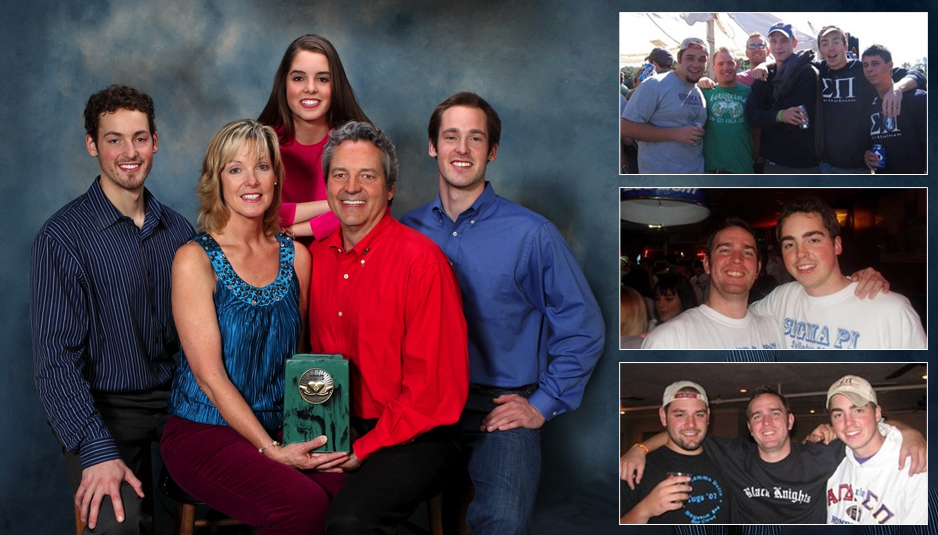 May 30, 2009 was a perfect late Spring day in the Midwest that held the assurance of continuing warmth and long sunny days. It was one of those Saturdays that were filled with late season soccer games, kids returning home from college, and lots of studying for school finals.  Summer was about to begin!

We are a family of six!  Our boys – Cameron, Christopher and Cole – were born in quick succession with their little sister – Carley – born five years later.  Center to our world is our faith and our family.  Our four children were constant companions, sharing rooms, competing in sports, working together, experiencing all the “firsts”.  They were always together, always there for each other.

Family dinners continue to be the highlight of our day.  Over dinner we share unconditionally, laugh, cry, encourage, resolve problems, love each other.  Our family is representative of our kitchen table – a sturdy foundation held in place by six unique, yet similar legs all connected, balanced, strong yet so very reliant on each other’s contribution. I am especially happy when our kitchen table is full.

Cameron started college at Eastern Illinois University in 2005 where he majored in Marketing.  He absolutely blossomed in college, excelling in academics, extracurricular activities, club sports, and his beloved Sigma Pi Fraternity.  After graduation, Cameron declined multiple job offers opting to begin his MBA program.  He was a beacon positioned to make such positive impact.

A long-standing tradition to kick off summer was the annual houseboat excursion to nearby Lake Shelbyville.  This year was especially meaningful for Cameron since 13 of his Sigma Pi pledge brothers would be attending – one last hoorah before starting new jobs or heading to grad school.  This would be the first year a bus was contracted for transport to and from the outing. From all descriptions, the day was almost perfect.  Almost, until the open-air double decker bus took an unauthorized route as it returned to campus.  Two young men were killed instantly as the bus went under the bridge.

At 7:20 on the evening of May 30, 2009 we received that dreaded call that is every parent’s worst nightmare, “There has been an accident”.  Our beautiful 22 year-old son, who graduated college three weeks earlier, who was starting grad school, who has so much to give to this life, would not be coming back to our home.  We were told he was brain dead.  The circle of life was out of sequence.  Parents are not meant to bury their children.  Our son, Cameron, was dead.

This was the day our lives collided with the world of donation.

We were now participants in an incredible process – a process beyond anything we could have imagined.  For you see, Cameron left us the first of many blessings after his death – he had taken all appropriate steps to be an organ, eye and tissue donor.  He had registered his choice to be a donor!  That simple act saved us from having to make that difficult decision.  There was no question that donation was in complete harmony with the way Cameron lived his life.

For the next 36 hours, we witnessed teams of doctors, nurses and staff working together for the purpose of bringing the gift of life to those in need.  We found ourselves rooting with encouragement as matches were found for each of Cameron’s precious organs.  At 22, he was 6’4” of total goodness and a perfect donor.

As a parent, the donation process has provided comfort and purpose that would otherwise not be possible in Cameron’s death.  There is nothing that can replace our son; however, we have truly been given the gift of hope through Cameron’s ultimate gift.  Our family is out of balance – a seat remains unfilled at our table.

Imagine what our world would be like if upon our death, each one of us positively changed the lives of 59 strangers?   Register your decision to be a donor – educate others – be a leader.

May 30, 2009 was a perfect late Spring day in the Midwest that held the assurance of continuing warmth and long sunny days. It was one of those Saturdays that were filled with late season soccer games, kids returning home from college, and lots of studying for school finals.  Summer was about to begin!  That day, our lives were forever changed.  Our son, Cameron, was now an angel whose heart beats in another chest, whose lungs breathe for someone else, whose kidneys now cleanse the blood of two others, whose liver replaced a diseased one, whose eyes now see through different lenses.