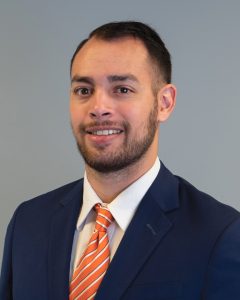 Ben Sorteberg (Salisbury ‘14) currently serves as a Chapter Management Associate within the Undergraduate Member Services department. In the role of Chapter Management Associate, Sorteberg supports the needs of chapters and their volunteers in the south and east regions of the country while creating and maintaining relationships with host universities.

Sorteberg was born and raised in Towson, Maryland. He went on to attend Salisbury University, joining Theta-Xi in the spring semester of his freshman year. Sorteberg graduated with two bachelors of science degrees in marketing and management while also being a part of the Honors College for four years. During his time at Salisbury, Sorteberg remained involved in his Chapter and on campus. On campus, he was a Resident Assistant and SGA representative. Within his Chapter, he dedicated three years to philanthropy and the ACE Project, working with Stand4You, Active Minds, and the Counseling Center on campus. Although Sorteberg did not serve on the Chapter Executive Council, he was nominated for President, Vice President, Secretary, and Herald during his time. As a junior, he served as President of Salisbury’s Interfraternity Council. He was re-elected to the position for his senior year but respectfully declined due to his desire to focus on education. Before the end of his final semester, Sorteberg became an initiate of the Order of Omega for his outstanding Interfraternity contributions and for exemplifying a great deal of leadership in the Salisbury Greek community.